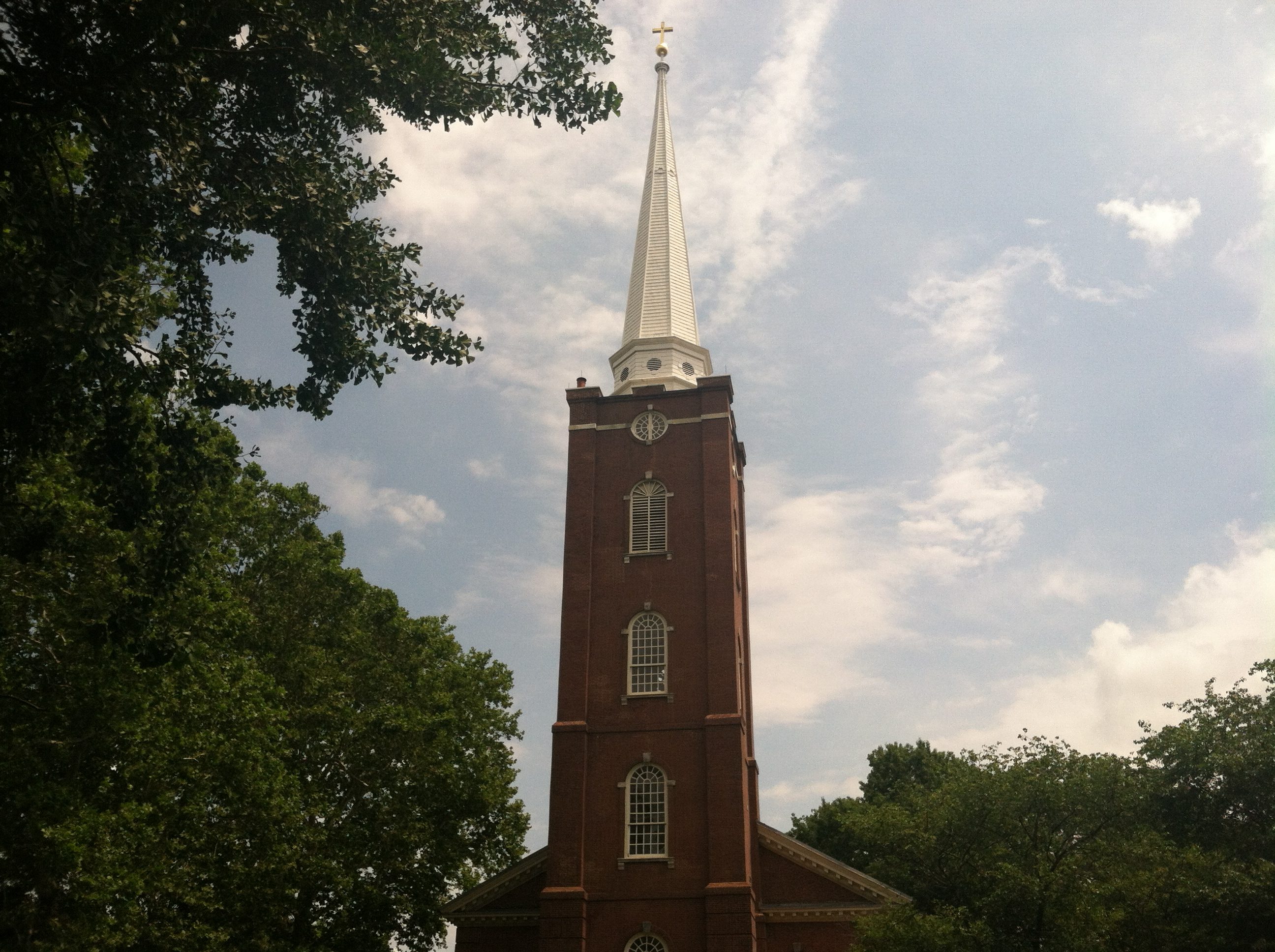 Visible throughout Society Hill and beyond, the spire of St Peter’s Episcopal Church is the tallest among colonial era churches, with a steeple that is nearly  200 feet.  This towering edifice was built in 1761 as the Church of England’s second parish in Philadelphia, only after Christ Church.  Among its parishioners in the late 18th century were George and Martha Washington, Absalom Jones, the first African American Episcopal priest, and Samuel and Elizabeth Powel, the former of which was the Mayor of Philadelphia.

The interior of the church is notable for its unusual design, with the pulpit at one end and the altar and organ on the other.  That means that most of the box pews in the center of the church face both ways, and that clergy likely have to walk from one side to the other multiple times during Mass.  The pews on the sides face one way, and the ones in the balcony face the center aisle.  Architecturally, it has a resemblance to Christ Church, with the unadorned white ceiling and mostly clear glass windows, although are stained glass windows behind the altar and at the balcony.  Special note should go to the cemetery, which is the final resting place of George Mifflin Dallas, Vice President under James K Polk, Charles Wilson Peale, a name that you will find in any Philadelphia art museum, and seven Native American chiefs who died in 1793.