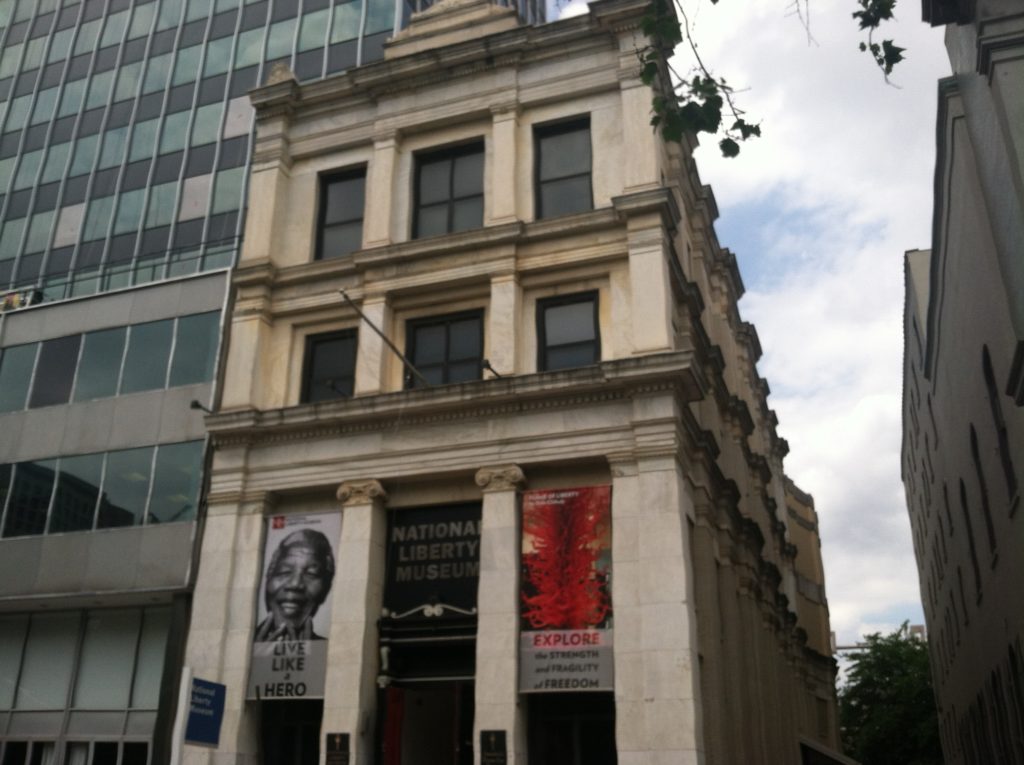 Wedged between the alleyway to Franklin Court and a modern office building, the National Liberty Museum is one of the most unique museums in the city.  Its purpose is to preserve America’s sense of liberty and to increase awareness of those who fight for it, or have fought for it.  It’s most unique feature is the use of glass art, serving as a symbol for its fragility.  It uses glass art as symbols for aspects of liberty, and tells the story of a glass artist who fled communist Bulgaria in search of  liberty.  The most notable piece of art is the Flame of Liberty, by renowned glass artist Dale Chihuly, which rises into the museum’s second floor (no, it doesn’t look like the one at the Statue of Liberty.)

Much like Fireman’s Hall, it contains a 9/11 memorial with pictures of every rescue worker killed in the attack.  There’s a wall of inspirational Americans, who made accomplishments despite being inflicted with various medical conditions.  There’s also a section on international heroes, with people who did great things in the name of liberty around the world.  There are quite a lot of people who saved people from the Holocaust here, like Oscar Schindler and Maximillan Kolbe.  There are life sized dioramas of Nelson Mandela’s prison cell and Anne Frank’s bedroom in here as well.  The third floor has a section dedicated to religious liberty, and the effects of religion on liberty, which contains fine stained glass, mostly of figures and events from Judaism, Christianity, and Islam.  Buddhism and Hinduism are also represented here.