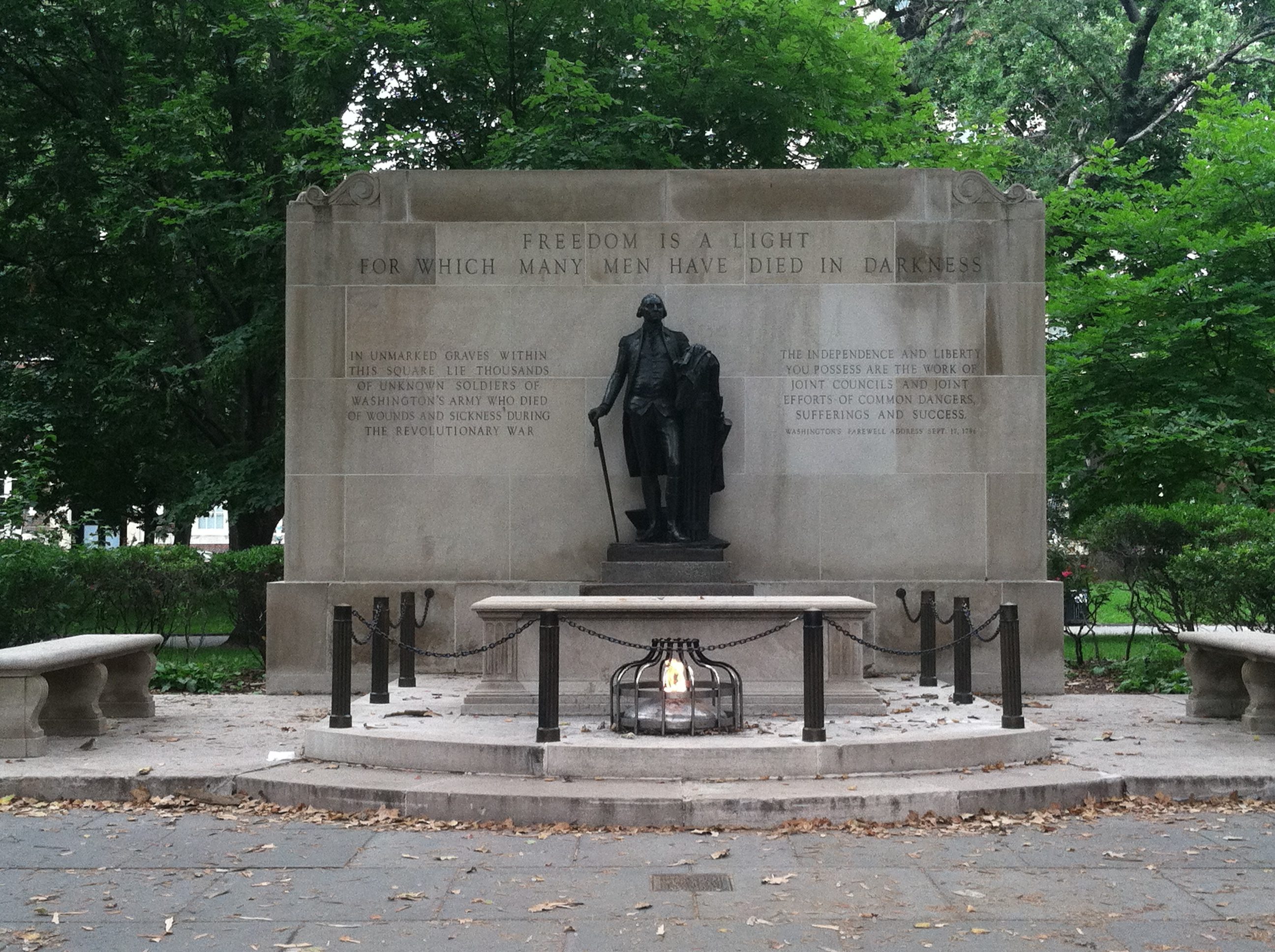 Location: Main entrance is at 6th and Walnut

Perhaps the most notable thing is the Tomb of the Unknown Revolutionary War Soldier, dedicated to those who died in the Revolutionary War.  It is on the site of mass graves, where numerous unidentified soldiers were buried.  An eternal flame is under Washington’s feet, where he stands poignantly in front of the memorial.  It is also the only memorial in the country to have an unknown soldier from the Revolutionary War.