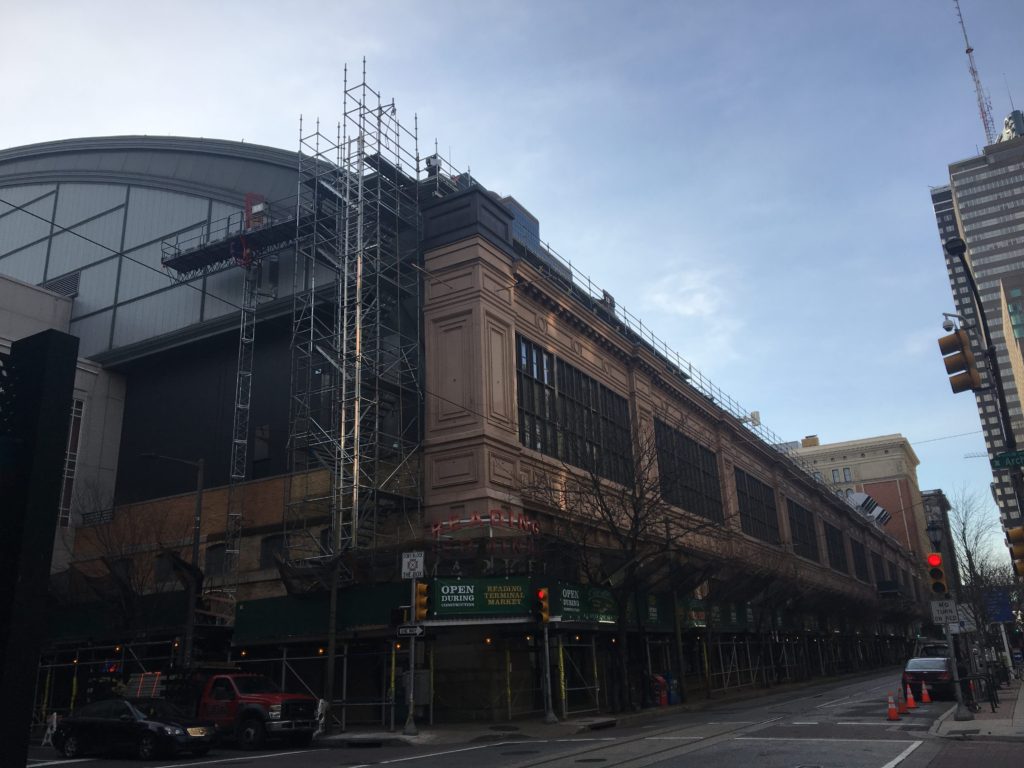 Housed in a former train shed, Reading Terminal Market is a beloved Philadelphia landmark, and one of the greatest farmer’s markets in the world.  It is a massive building, with just about every food imaginable under its roof.  Built in 1893, this was once a train shed for the Reading Railroad, which had its station next door.  Upon completion, it was one of the largest train sheds in the world.  The Reading Railroad ceased to exist in 1976, and the entire shed was renovated as the present day Reading Terminal Market.

Among RTM’s abundant choices are popular favorites such as Dinic’s, with its famous roast pork sandwich, voted as America’s best by the Travel Channel, Smucker’s Quality Meats, Pearls Oyster Bar, and many others.  The Amish have a major presence here, mostly centered around 12th and Arch.  There you’ll find Beiler’s Bakery, with its excellent donuts.  Other bakeries include the Flying Monkey, and Termini Brothers.  Ethnic foods such as Chinese, French, Thai, Greek, Middle Eastern, and many others are scattered throughout the market.  Old time Philly classics like Bassett’s Ice Cream are all here as well.

Admission to the market itself is free.  Naturally, you will be paying for food.  RTM has festivals on its covered Filbert Street side from time to time, which are usually free to go to.  Be aware that the market can be extremely crowded, and seating in its three seating areas is very hard to come by, especially at lunch and dinner.